It was not until the beginning of 2022 that plans were announced for the acquisition of gaming publisher Activision Blizzard by the US company and Xbox manufacturer Microsoft. In total, Microsoft was offering the publisher of popular titles such as Call of Duty (CoD) and World of Warcraft (WoW) almost $70 billion, which is quite a bit more than the company’s market value. According to Microsoft’s estimates, the deal should be completed by the end of the next fiscal year and thus in mid-2023. Currently, however, the IT group is still waiting for the approval of the acquisition by competition authorities in some countries.

Although the popular titles and especially CoD should continue to be available on other platforms and not only be exclusive to the Xbox, Microsoft’s competitor Sony is currently said to be worried about the consequences for its own console, as GamePro reports. According to a survey conducted by the Brazilian Competition Authority, in which Ubisoft, Google or Amazon, among others, were also questioned, Sony is said to fear that customers will be influenced in their choice of console, especially because of the CoD series. “Call of Duty is so popular that it influences the choice of console for users, and its network of loyal users is so established that even if a competitor had the budget to develop a similar product, it would not be able to compete with it. […] Each annual Call of Duty release takes an average of 3 to 5 years of development. Since Activision releases one CoD per year, that means an annual investment of hundreds of millions of dollars,” the Japanese company is quoted as saying.

Exclusive deal with Activision still applies to the next three CoD titles.

Until now, Sony had the advantage of an exclusive deal as far as the CoD series was concerned. In the course of this, for example, not only CoD Vanguard was recently released with time-exclusive PlayStation content, but Activision’s upcoming three CoD titles are also said to be included in the deal. According to this, the beta for Modern Warfare 2 will also be released for PS4 and PS5 first. Rumor has it that there will also be an exclusive mode for PSVR 2. However, with the expiration of the deal, Microsoft could take advantage of exactly this in the future and offer exclusive content themselves. This could lure players who previously used the PlayStation to the Xbox. 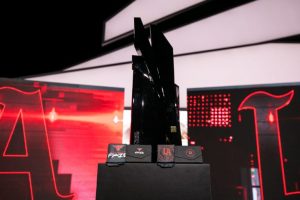 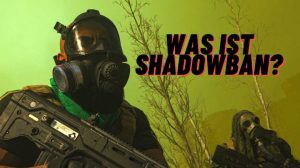 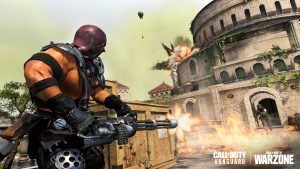 “I don’t have time to level up these weapons”. – #eSportsNews #eSports #CallOfDuty
Tags: Call of Duty eSports
Share this