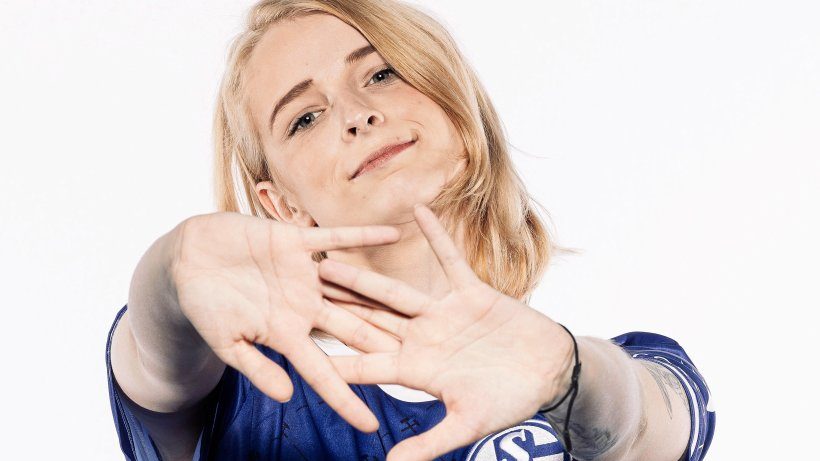 Professional gamer Lea Fitzen is a coach for Schalke 04’s “League of Legends” team. How do you manage that? Via a special career path.

She completed her training in geriatric nursing, but now she is a full-time coach for the team-based strategy game “League of Legends” (LoL) and coach for the professional team of Schalke 04: “I want to win – and I got the chance from Schalke” – Lea Fitzen (22) is the first woman to earn a certificate as an e-sports coach from the E-Sport-Bund Deutschland e.V. (ESBD). E-sports, the sporting competition with computer games, is her great passion. For the young woman, her dream has come true with this career path.

Lea actually comes from the Lower Rhine. To do justice to her role as an e-sports coach at Schalke, however, she has since moved to Gelsenkirchen. Her enthusiasm for video games and the gaming world began as a child: “I got my first console when I was six or seven. I started playing League of Legends when I was 13,” she says. She was immediately captivated by the game: “I was so hooked, two years later at the latest, I wanted to have my own team.

“League of Legends” has been popular in the gaming scene for years: here, two teams of five players each try to destroy the opposing team’s base. Enthusiasm for LoL and other video games runs in Lea Fitzen’s blood, and she found her way to e-sports through her father: “I discovered my passion for e-sports when I was ten years old, because my father played in some now unknown ‘Call Of Duty’ teams.”

Lea’s parents had then already encouraged her competitive spirit in her childhood; it was important to them that she was active in sports: “I was always very ambitious, no matter what I did – whether archery or horseback riding.” That she then ended up in e-sports, of all things, a sport that is less about sweating, is partly due to the fact that at Schalke she finally feels she can live out her fighting spirit to the full: “I remember very well that at my job interview there was a picture behind the manager that said ‘If you don’t think you’re going to win, then you have no business being here.’ They had me with that”.

An education in a traditional career field was nevertheless important, he says, especially to Lea’s parents, “I went in the wrong direction at first, and that’s how I found my way into nursing. I always knew that I had to finish my training, and there was no discussion with my parents.

“People made fun of me”: Why Lea Fitzen didn’t feel comfortable in nursing care for the elderly

Lea wasn’t really satisfied with it, though; she was already working as an e-sports coach alongside her training. Although she enjoyed the nursing work itself, she didn’t really feel comfortable: “I worked from morning to afternoon and then I trained. That was very hard. She was particularly disturbed by the fact that she was often ridiculed for her passion for e-sports. “Even in my training, people didn’t really take me seriously because of it, they made jokes about me,” she sighs. She only knew computer stuff anyway, she had to listen to. Or that she should rather do a computer science apprenticeship.

In e-sports, on the other hand, she says she had a positive experience, especially with her current team: “I always had the feeling that I was welcome on my team because I earned my place myself. In nursing, there was often a lot of frustration and I felt like that was being taken out on me.”

She therefore takes her job as a “League of Legends” coach very seriously: “I want to pull through as an e-sports coach as long as I can. As long as a team takes me, I will give everything”. It is particularly important to Lea to bring e-sports closer to the people. The profession is still not taken seriously enough, she says. “It’s important to understand that e-sports is a competitive sport,” she says.

Lea Fitzen on the male domain of e-sports: “You get nasty things as a woman”.

However, she would like the industry itself to place more emphasis on diversity. As soon as you show yourself as a woman in a game, you quickly get a bad rap, she says. “As soon as you don’t conform to the typical image of a gamer, there are a lot of people who hate you,” she can report from her own experience.

That’s why, she says, it’s even more important to her that other women get the same opportunities as their male counterparts. “I wish people would approach me not because I’m a woman, but because I’m a good coach,” she says. Because even at the professional level, she says, there are often problems with gender discrimination.

In the industry, she says she often experienced that her potential was not valued: “Rarely was I asked about anything because of my expertise, mostly it was just about the fact that I’m a woman,” she says. “That breaks you. It was always, ‘Go join a women’s team.’ Or, ‘Wouldn’t you rather coach women? Wouldn’t you rather go take pictures or post something on Instagram?’ But the stuff I really wanted to do, nobody cared.”

That’s why Lea wants to help other women make it in the scene, and is a member of the Equal E-Sports Council, part of the Equal E-Sports Initiative, which aims to encourage young women. “To all women: Do your thing. I did it too and it worked,” Lea appeals. “We need more female winners with heart, with enough sweat and tears, anyone can do it!”

The “Equal eSports Initiative was founded in 2021 by Deutsche Telekom together with SK Gaming and the Esports Player Foundation. The initiative is intended to help bring more diversity and equality to the gaming scene and thus leave a lasting mark on it.

The aim is to use support programs and role models to create a gaming culture in which all male and female players can feel at home. undependent on gender, origin, or social status. feel comfortable and have the same opportunities.

Part of the initiative is the “Equal eSports Council, consisting of 13 successful women from e-sports, gaming world and business, who offer mentoring programs. 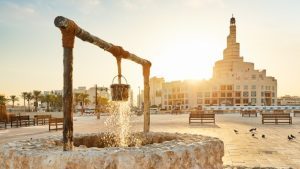 DWG KIA and FPX break up after Worlds 2021