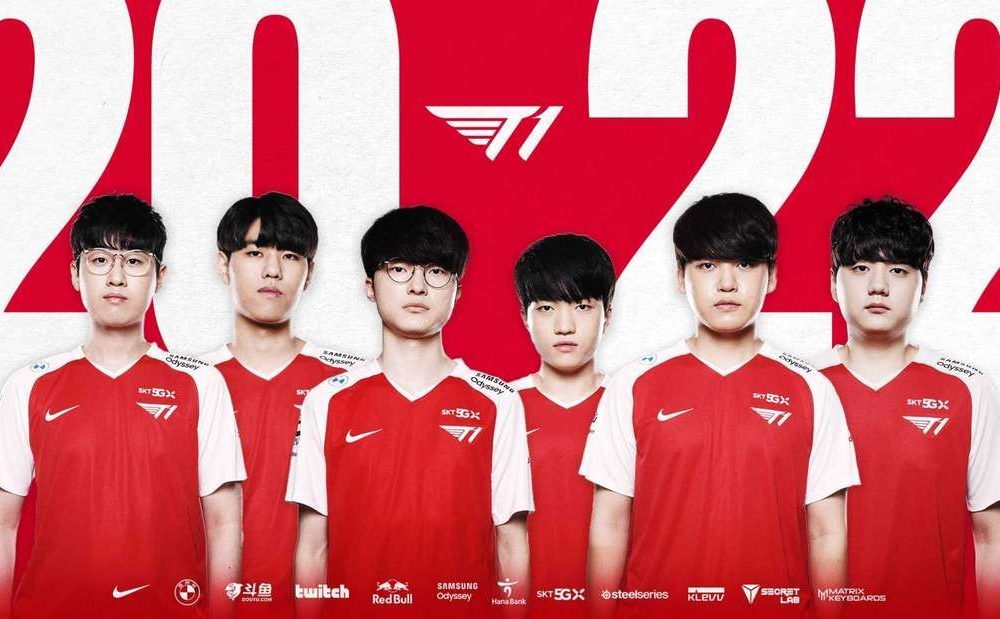 MSI 2022 launch: the best League of Legends teams in the world compete against each other. The location this time is South Korea. The group game schedule promises excitement.

Busan, South Korea – MSI 2022 of Riot Games’ e-sports League of Legends heralds the mid-season. The Mid-Season Invitational kicks off on May 10 at 10:00 am. The best e-sports teams in the world will initially compete against each other in three groups. Only the best League of Legends team of the Spring/Winter Season from each region will be there to lift the coveted trophy into the air at the end of the event. The schedule promises a lot of excitement – MSI 2022 will be broadcast on Twitch and Youtube. This year’s location is Busan in South Korea.

MSI 2022: Start, schedule, groups and location – the League of Legends tournament at a glance.

The Mid-Season Invitational, MSI 2022, is finally kicking off. Year after year, the League of Legends e-sports tournament heralds the mid-season. The best teams from many regions of the world compete in Busan, South Korea. Can T1, led by superstar Faker, live up to their role as favorites or will there be another surprise like in 2019, when G2 Esports prevailed? Here you get an overview of the start, schedule, groups, location and tickets for MSI 2022:

Schedule of the event: According to the schedule, MSI 2022 is divided into three rounds. First, the group stage gets underway on May 10. The entire field is divided into three groups. Group A and B consist of four teams each, while Group C consists of only three teams due to the cancellation of the Spring Split of the Russian LCL. Starting on May 20, the action will continue with the MSI 2022 Rumble Stage, for which the top two teams in each group will qualify. The four best teams of the Rumble Stage will move on to the K.O. Stage. The knockout stage starts on May 27 – it is divided into semifinals and finals.

Participating teams: The winners of the Spring/Winter Splits in their respective regions are eligible to participate in MSI 2022. From the European LEC, for example, this is G2, who once again prevailed in the playoffs. They beat Rogue 3-0 in the LEC final.

From the American LCS, Evil Geniuses (EG) travels to South Korea. They surprisingly won 3:0 against 100 Thieves. Host South Korea sends T1 around Superstar Faker into the race this year, from China Royal Never Give Up enters. This is an overview of the participating League of Legends teams and their respective regions:

Groups: The group stage will start on May 10 at 10:00 am German time with the Saigon Buffalo vs T1 match. The group stage will take place until May 15. The three first and second place teams in each group will qualify for the Rumble Phase. There, everyone will play each other once from May 20 to 24. The top four teams in the Rumble Phase will advance to the Knockout Phase, where they will battle it out in semifinals and finals from May 27-29.

MSI 2022: Schedule for the international League of Legends tournament

The game plan: The match schedule for MSI 2022 promises some excitement. The groups will play two games each in the first three days. From the fourth day onwards, each group will play its winner in six consecutive games. The schedule for the group stage of MSI 2022 is as follows:

MSI 2022 Rumble Stage: Standing of the second round of the League of Legends tournament.

After completing the Group Stage, the top six teams of MSI 2022 head to the Rumble Stage. There, T1, RNG, G2, EG, PSG Talon and Saigon Buffalo will battle it out for one of the coveted four spots in the semifinals. An overview of the MSI 2022 Rumble Stage is available here. It will run from May 20 to 24. To start the second round of the LoL tournament, G2 managed to win against T1.

MSI 2022 Knockout Stage: These are the semi-finals and final of the tournament.

The Knockout Stage is where the top four teams of MSI 2022 meet. As the group winner of the Rumble Stage, RNG was allowed to choose an opponent for their semi-final – the choice fell on EG from the American LCS. So T1 had to face G2 Esports again. In a thrilling game Royal Never Give Up won 3:0 against Evil Geniuses. EG held up well in at least two games, but RNG played out all their experience. In the second semi-final, G2 was badly stomped by T1. The last game lasted only 20 minutes – it was one of the fastest best-of-fives at MSI ever.

MSI 2022: Favorites for the title – who are the biggest LoL stars?

Who are the favorites? When it comes to the best League of Legends teams in the world, eyes are always quick to turn towards Asia. In particular, the Korean team T1 looks unstoppable this year. T1 managed an incredible season without defeat in the best region in the world, as South Korea is seen by almost every expert.

They finished the group stage with an 18-0 record. In the playoffs, the second-place team Gen. G won only one game. T1’s superstar Faker has been considered one of the best players in the world for many years. They also already won MSI in 2016 and 2017.

T1’s biggest competitor should normally be the LPL Team Royal Never Give Up (RNG) be. The team narrowly prevailed in China’s League of Legends league – but they won’t travel to Busan in South Korea due to Corona regulations. The two-time winners have yet to prove whether they can keep up with the other teams online.

G2 Esports Is probably only to be considered an outsider. G2 even won MSI 2019, beating T1 3:2 in the semi-finals. The team around Jungler Jankos is always capable of such a surprise. G2 and EG should both reach the rumble stage, as they are competing in the group of three.

Who are the stars? T1’s Faker has been the superstar in the game League of Legends since 2013. At that time he was just 17 years old. He is still seen by many as the GOAT (greatest player of all time) in LoL. The best-known player from China is probably Xiaohu, who also won the MSI with RNG in 2018 and 2021 – back then on the top lane, today he is a midlaner. RNG’s support Ming was also involved in both victories. 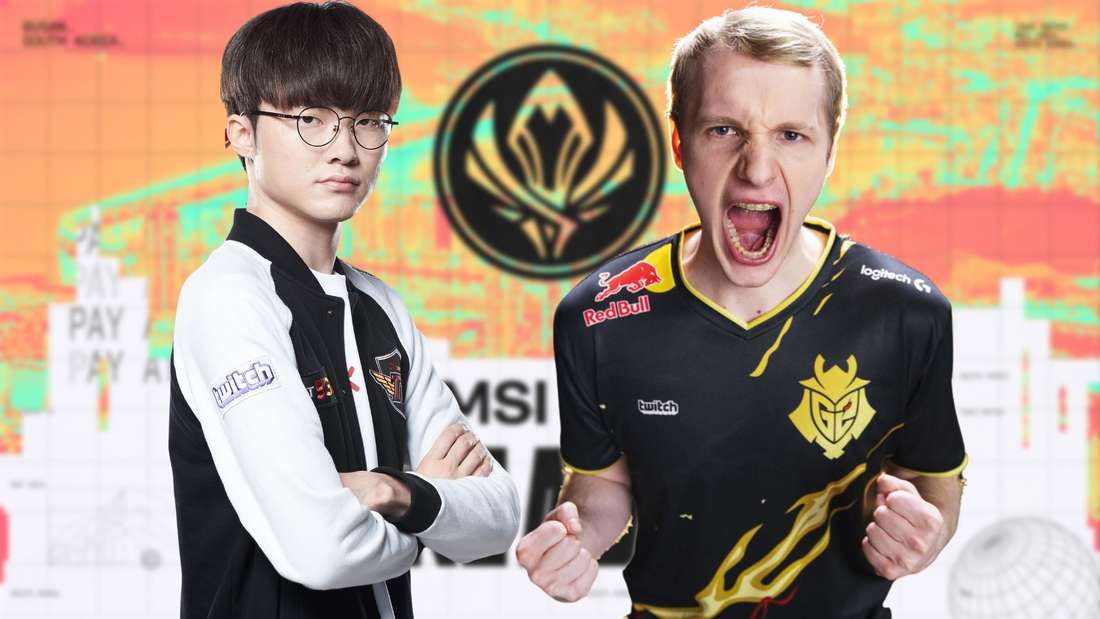 But there are LoL superstars aside from the two favorites as well. G2’s Jankos has been the mainstay of the European superteam for years. With G2, he won MSI 2019 and made it to the finals of the World Championship in the same year. In the LCS last year, a rookie came up trumps. EG’s Botlaner Danny carried the team from win to win throughout the playoffs. Outsider PSG Talon has an ace up its sleeve in Taiwanese toplaner Hanabi. He could carve the team all the way to the rumble stage or even the knockout stage.

MSI 2022: Location of the League of Legends Tournament

MSI 2022 Location? The location for MSI 2022 is Busan, South Korea. This is the first time in the seven-year history of the Mid-Season Invitational that the League of Legends tournament will be held on South Korean soil. All teams, except RNG, will be on hand to play out the winner at the Busan Esports Arena and, starting with the Rumble Phase, at the Bexco Exhibition & Convention Center. The Busan Esports Arena only has room for 300 spectators. In the Rumble Phase, 2356 fans can enter the venue, while up to 4000 spectators can watch the knockout phase live.

MSI 2022: Streams for the LoL Tournament

How can I watch MSI 2022? The games at MSI 2022 will be broadcast on Twitch and Youtube as well as Lolesports like almost every LoL event. Also Summoner’s Inn broadcasts MSI 2022 in the German livestream. Start of the group phase is from May 10, initially 10:00 German time. From the fourth day on, the tournament will start at 8:00 am. The rumble phase will start at a similar time, the playoffs certainly later.