In the survival genre, it’s not exactly one innovation after another. A thousand zombie apocalypses, several grim representatives of realism, mutants, MMOs with dino taming. We’ve seen it all before. The upcoming survival game Pacific Drive also uses familiar ideas, but puts them into a completely new framework.

Specifically that of a Station Wagon. Kids of the ’80s and ’90s know the dish from almost every second Hollywood movie of the era. The car with stuffy wooden paneling serves as a moving base in Pacific Drive, with which we explore a restricted zone that is buzzing with dangerous anomalies (Hello, Stalker!).

Graphically, Pacific Drive relies on an atmospherically gloomy look. The trailer also gives you a first impression of the gameplay:

What is Pacific Drive about?

Experiments transformed the Olympic Exclusion Zone in the Pacific Northwest of the USA into a fire-dangerous end-time landscape. In the deserted area, anomalies are now appearing everywhere, hurling lightning bolts, firing energy balls, and causing pillars to grow out of the earth. Pretty uncomfortable area, which reminds me personally pleasantly of Stalker. Do you miss the game as much?

We, as players, are stuck in the middle of the exclusion zone. But we can rely on our drivable vehicle. The station wagon is the linchpin of the action and wants to be maintained when it has taken damage from the anomalies. A display in the driver’s cabin shows us how the car is doing.

If the car is on its last legs, we get out and move through the game world in the first-person perspective to collect resources. In workshops we not only repair the car, but also upgrade it to be better equipped against the dangers of the zone.


The car forms the playful center in Pacific Drive.

Under the survival guise, there is also a wacky racing game, which is also strongly driven by the story. The wild mix could give survival fans some variety again, which could especially please bored veterans.


We explore a mysterious exclusion zone full of dangerous anomalies.

What else is known?

Pacific Drive to be released in 2023 for PC and PlayStation 5. The developers from Ironwood Studios have not yet been more specific. The survival game is already in the making since 2019.

Who is behind it? Ironwood Studios is a young developer from Seattle in the USA. Pacific Drive represents the debut work. On the official website it becomes clear that the team, however, is composed of experienced developers. The players’ portfolio includes titles like Halo Infinite, League of Legends and Mafia 3.

You need Survival now and best of all without sweat and tears? For that, feel free to consult the above list of the best relaxed genre representatives.

What does Pacific Drive do to you? Can you imagine a survival game with a car as its central base, or do you let the title pass you by in a relaxed way? Drop us a line in the comments! 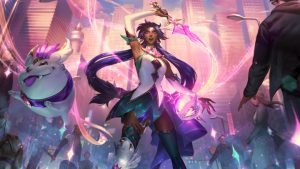