It’s time once again to dust off your boots and saddle up as Cowboys Gold takes you on a highly volatile bounty hunt with the Cash Prize collection. The gameplay here is quite simple, just like the hard times that the game depicts, and you can place bets between 10 pence and £100 per spin. This is a pretty standard betting range, and the reels are placed squarely in the middle of a parlor during the base game.

Visually, however, we’ve seen better Wild West titles, and Cowboys Gold seems a bit generic in this regard. If you want to make a “tougher” version of Mustang Gold, it’s probably a good idea to up the potential. Instead, Cowboys Gold only offers half of what you can theoretically win in its popular predecessor game. However, it’s hard to say whether this will result in an achievable maximum win, since Pragmatic is known for exaggerating in terms of potential.

This game focuses on 2 main bonus features, namely the money collecting feature and the bonus round. Cowboy symbols can land with coin values ranging from 1x to 100x. If you land Cowboy money symbols at the same time with a Renegade symbol on Reel 5, all the cash prizes will be collected.

The bonus round is triggered when you land 3 bonus symbols on reels 2, 3 and 4. This gives you 10 free spins and you can also retrigger the feature. This is done by landing 3 new scatters on the 3 middle reels or by landing at least one bonus symbol along with a renegade symbol on the last reel. You can retrigger the bonus round up to three times. This way you also increase the progressive multiplier.

We only managed to retrigger the bonus round once in our 200 spins test session. This gave us a renegade multiplier boost of 2x, and you can see how much we won from this in the highlights video below. Don’t worry, we cut out all the boring parts, and the bonus round is triggered at 0:22 in the video.

It’s not easy to compete in the Wild West genre, and we’re afraid Cowboys Gold comes across as a bit of a wannabe. It lacks the guts and gore seen in titles like Deadwood and Dead or Alive (both). We’re not saying that this game is “all big mouth and nothing behind it”, but it’s basically a copycat of Mustang Gold with half the potential.

The money collecting feature is exactly the same, but Mustang Gold also comes with 4 fixed jackpots. Cowboys Gold, however, comes with multiplier collecting symbols during the bonus round, but this requires at least one retrigger. All in all, we see no reason why players would prefer this game with all the better alternatives found in this crowded genre.

Money collecting feature in the base game and bonus round.
Free spins with progressive retrigger multiplier up to 5x
Medium to high volatility and 6,065x potential

Grows in the shadow of Mustang Gold with half the potential

What is the RTP of Cowboys Gold slot?

The game’s highest standard payout percentage is 96.5%, which is slightly above the industry average. However, you need to be wary of adjustable RTP ranges with this developer. Therefore, always check the actual return to player percentage before you play. Available RTP values are 96.50%, 95.50% and 94.50%.

How volatile is Cowboys Gold?

This is a medium to high variance stock that scores 4 out of 5 on Pragmatic’s own volatility scale.

What is the largest possible profit?

You can win up to 6,065 times your stake here, which is a solid potential. However, it is half of what the very similar Mustang Gold slot offers.

How does the money collecting feature work?

Cowboy symbols land up to 100x cash prizes in both the base game and the bonus round. If you land a Renegade collecting symbol on the 5th reel at the same time, the cash prizes will be collected.

Is there a free spins mode on Cowboys Gold slot?

Can I play Cowboys Gold for free?

Yes, you can play the Cowboys Gold demo game for free at the very top of this page (UK players must confirm their age first). You will also find many casinos up there where you can play Cowboys Gold with a welcome offer. 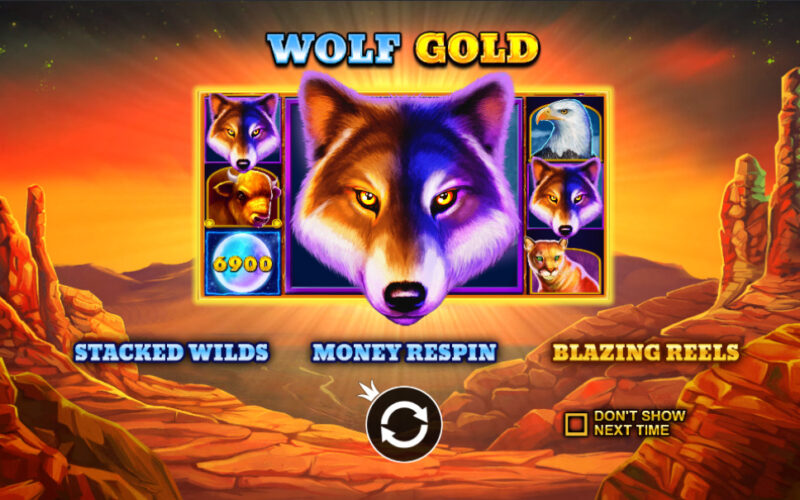