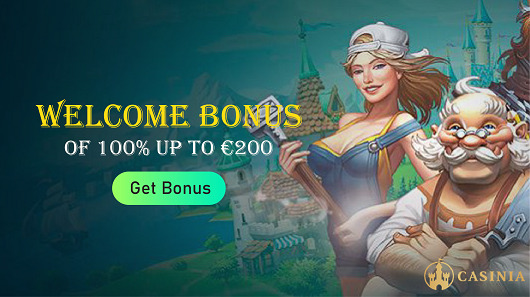 The gaming year 2022 is starting off somewhat cautiously as far as notable new releases are concerned. Nevertheless, with the release of the action RPG God of War(PC), the co-op shooter Rainbow Six: Extraction and the action RPG Weird West some candidates worth playing.

Already available for major consoles since 2018, comes God of War is finally coming to the PC on January 14, 2022. After Kratos has left his life as a godlike warrior and his personal vendetta against the gods of Olympus behind him, he now lives his life as a human in the realm of Norse mythology. Of course, things aren’t too peaceful here either, so Kratos has to fight for survival once again. He also has to take care of his son Atreus, whom he not only wants to protect, but also raise to become a strong warrior in his own right.

Atreus follows his father wherever he goes and is determined to earn his respect. Together, father and son want to spread the ashes of the deceased mother on the highest mountain of Midgard, but Atreus can not initially meet the expectations of his father. However, Kratos is not only educated, but also has to deal with all kinds of nasty monsters and overpowering Nordic gods and creatures. In addition to some combo-based fighting skills, this time he has the Leviathan Axe at his disposal instead of the popular Chaos Blades, which Kratos used to slice his way through older parts of the God Of War series.

The co-op shooter Rainbow Six: Extraction takes place in the world of the popular first-person shooter Rainbow Six: Siege. Although Extraction is a standalone game, central game elements (such as weapons and operators) of the main game have been adopted one-to-one, which is why it should be particularly easy for Siege players to get started with Rainbow Six: Extraction. What is new, however, is that the focus of Extraction is entirely on PvE battles. In the co-op missions, players compete together against AI aliens that invade the earth in hordes in order to subjugate it.

As part of the special forces unit REACT, players not only have access to the operators and weapons familiar from Siege, but also to the characters’ special abilities and technical equipment such as drones, booby traps, siege gadgets and special grenades. The co-op scenarios are randomly selected from a mission pool and usually take place in closed building complexes that need to be cleared from the alien invasion. In addition, the accumulated experience from the respective game round must be “extracted”, for which players must successfully escape from the mission battle, which is only possible at predetermined exfiltration points. Rainbow Six: Extraction will be released on January 20, 2022.

The promising action RPG Weird West shows from January 11, 2022 how a mixture of Wild West and Dark Fantasy could look like. In Weird West, trigger-happy gunslingers and law-abiding vigilantes meet werewolves, zombies, magic-users and pig people. Players slip into the role of five different characters and link their individual stories into one big story that ultimately connects them all. The player’s decisions not only affect the characters, but also the behavior of individual factions, and even entire locations are influenced by game decisions.

Player characters can draw on a variety of weapons, equipment and (magical) skills, with each character being able to be equipped and upgraded depending on their class. The bounty hunter, for example, primarily has weapon skills for using revolvers, shotguns, bows and rifles. Apart from sheer violence, enemies can also be overcome with the help of sneak attacks, diversionary maneuvers and some tricks. Visually, Weird West combines elements of modern 3D graphics with hand-drawn textures, which gives the game a distinctive atmosphere.

We have summarized these and other new releases in January in the table below:

The following gallery shows the highlights from December 2021:Image 1 From 16

Spellforce 3 – Reforced is a reworked version of the popular strategy RPG and will be available for free to all owners of the original version from 06.12.2021.The game highlights from the past few months can be browsed through again in the following image gallery:Image 1 From 63

Nineteen years after the events of the second part, the twin daughters of B.J. Blazkowicz fight their way through regime-occupied Paris. Thanks to co-op mode, both can be controlled by human players, alternatively the AI takes over one of the protagonists. What you need to pay attention to in solo mode