Rainbow Six Siege – Neon Dawn: Everything about the release of the new Season

Continue with GameStar Plus

If you care about good games.

Special reportage, analysis, and background for role-playing game heroes, hobby generals, and single-player fans – from experts who know what’s being played. Your advantages:

All articles, videos & podcasts from GameStar

Free from banner and video ads

Operation Neon Dawn is waiting in the wings: On December 1, 2020, the latest season of Rainbow Six: Siege will begin, which will bring the Thai defender Aruni into the game. In the following overview, we provide you with the most important information about the release, the current patch notes and everything you can expect with Y5S4.

Operation Neon Dawn: All info about the Y5S4 patch

Operation Neon Dawn from Rainbow Six: Siege launches on December 1, 2020. You can download the game on your PC from 2 pm German time begin.

The size of the Y5S4 patch for Rainbow Six: Siege via Steam amounts to. 60 GB. In return, the update should reduce the overall size of the game so that R6 takes up less space on your hard drive.

In the meantime, Ubisoft has long since announced what specifically changes to Rainbow Six: Siege with Y5S4. We have summarized the most important innovations that Operation Neon Dawn brings with it for you as follows:

Aruni is the new defender of Rainbow Six: Siege and has the primary weapons P10 Roni, Mk 14 EBR, the secondary weapon PRB92, as well as the equipment proximity alarm and barbed wire. She can also place a laser field on the map thanks to her special ability. You can learn more about the defender Aruni in our detailed preview.

The rework of Skyscraper level should have been attacked for quite some time – now it’s finally done: Season Y5S4 is supposed to improve the gameplay balance and navigation of the map. For this, several accesses were blocked and a part of the balcony was removed to counteract camping. Likewise, there is a new interior at the same time as well as a bridge between the VIP and tea room on the second floor.

Additionally, there are a few important gameplay changes that affect the Hunter, Hibana, and Echo operators, among others. Also, the detection time of defenders outside has been reduced from two seconds to one. This is mainly to benefit attackers who are eliminated at the beginning of a round while they are still outside. Additionally, defenders will have to take a greater risk should they decide to go outside

More details on this can be found in the on the second page of this article.

More on the topic:

– Video analysis: What is the new direction of R6: Victories from 2020?

– How did R6: Siege become so successful? GameStarTV at GameStar Plus

Defender Aruni: What can the new operator do?

The most important info about the new defender of Rainbow Six: Siege named Aruni can be found below: 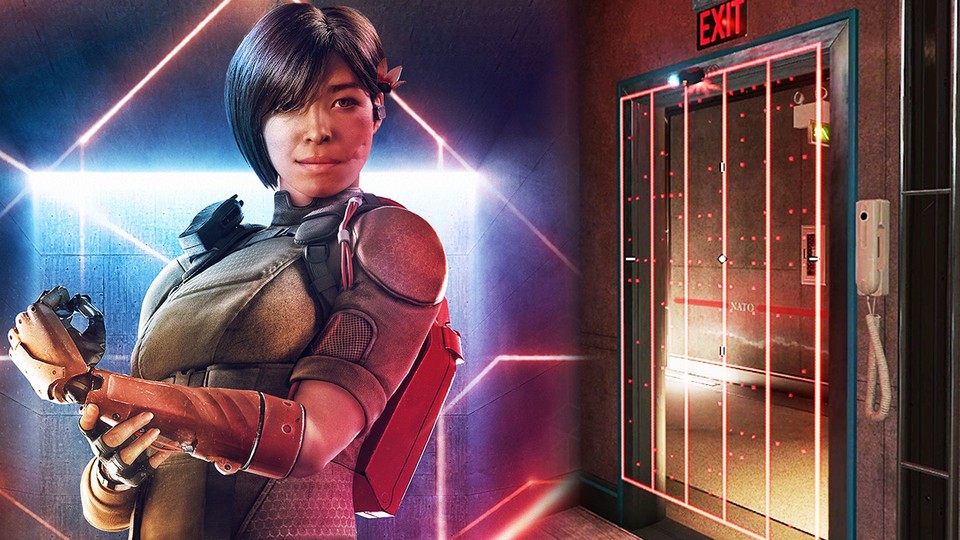 Rainbow Six: New operator and all the changes of Y5S4 presented

How to continue with Siege in 2021By the way, Ubisoft already reveals in the roadmap for Year 6! 2 Replies to “Rainbow Six Siege – Neon Dawn: Everything about the release of the new Season”

Greetings! Very helpful advice in this particular article! It is the little changes that make the most important changes. Thanks for sharing!

Next time I read a blog, Hopefully it wont fail me as much as this one. After all, Yes, it was my choice to read through, however I truly thought you would probably have something useful to talk about. All I hear is a bunch of complaining about something you can fix if you were not too busy seeking attention.