“You don’t have that in any other e-sport”.

Many know Eefje “Sjokz” Depoortere from League of Legends, but you can’t get past the moderator in Counter-Strike: Global Offensive either. At IEM Cologne, she spoke to Deutsche Presse-Agentur about her entry into CS:GO, the differences to LoL and the German community.

Question: How did it come about that you also got involved in CS:GO as a moderator?

Answer: in 2019 I decided to go freelance. The Riot shows are actually perfect, we work with production there as well and can just go off with our ideas. I just wanted to try other things because I love first-person shooters, and of course CS:GO is incredibly awesome and I really wanted to work in that. That also helps me as a presenter, you can’t do the same thing for ten years.

A lot of preparation before big tournaments

Question: How different is the preparation in CS:GO compared to LoL?

Answer: With LoL, I don’t have to prepare as deeply because I’m there every week. I know what’s happening, I read all the articles, I know the stories. But in CS:GO I’m just watching, and watching something as a spectator or as a professional is completely different because you’re looking at different things.

And when I have a big tournament like the Major or IEM, I take a week to a week and a half and just study. I watch the VODs, I read all the articles, all the interviews, I ask the experts, I try to digest the statistics. It’s actually like school.

Question: How much does the live experience at IEM Cologne matter to you?

Answer: After ten years, you get used to everything. But then the pandemic came. We missed the audience, which actually makes the experience complete. That’s why it’s so cool to be here. And CS:GO is so cool as a live e-sport, because what happens there in the rounds you don’t have in any other e-sport. In LoL, you can have 20 minutes of laning phase and nothing happens. But here, there’s something going on every round, and that’s so cool for the live experience.

Question: How did you get so strongly involved with Germany as well?

Answer: In Cologne I had a make-up artist, Dani, who is also there today. She was one of my first friends, then and still. I made a deal that I would only speak German with her and she would only speak English with me, because she actually wanted to learn English. But in the end we only spoke German.

I met her friends who also only talked German with me, and so I just learned it. I just think it’s cool, I live here and I get in touch with the German livestreamer bubble all the time. I’m Belgian, of course, but I feel very comfortable in Germany.

Personal: Eefje “Sjokz” Depoortere (35) is one of the best-known e-sports presenters and has been part of the LoL League in Berlin since 2013. She has been freelancing since 2019 and also works on CS:GO tournaments for ESL or Blast, among others. She has been awarded several times as best e-sports moderator at the Game Awards, among others. 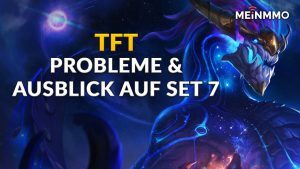 TFT: The offshoot of LoL was on the verge of ruin in 2020 – #eSportsNews #eSports #LOL 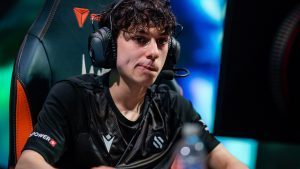 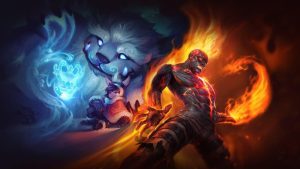 At this time it seems like Drupal is the best blogging platform out there right now. (from what I’ve read) Is that what you’re using on your blog?

Thanks so much for the blog.Really looking forward to read more. Really Great.

Reply
Average 5 Based On 2